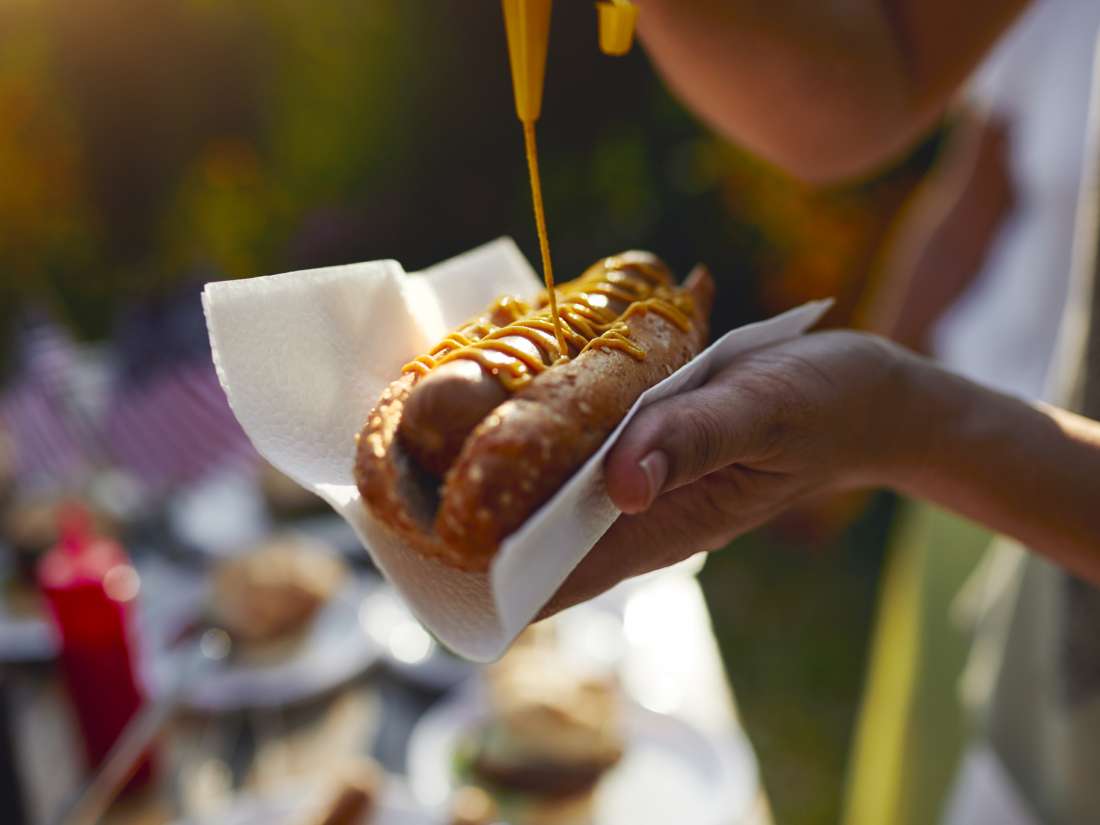 In 2015, the World Health Organization (WHO) classified processed meats as Group 1 carcinogens, citing sufficient evidence that they cause cancer in humans. Now, a new review challenges this blanket classification, having found that the strength of the evidence varies according to whether the meat contains nitrites.

The International Agency for Research on Cancer (IARC), an arm of the WHO, define processed meat as that which has undergone curing, salting, smoking, fermentation, or some other method of preserving and enhancing flavor.

Some food producers use sodium nitrite to cure processed meat, to enhance color, or as a preservative to increase shelf life.

However, not all processed meats contain nitrites. British and Irish sausages, for instance, are free of nitrites, whereas frankfurters, chorizo, and pepperoni from the United States and continental Europe are not.

Also, in recent years, more nitrite-free processed meats have become available to consumers. These include types of ham and bacon.

Focus on nitrites strengthens the evidence

Researchers from the Institute of Global Food Security, at Queen’s University Belfast (QUB), in the United Kingdom, reviewed recent studies on links between processed meat consumption and cancers of the colon, rectum, and bowel.

They found that only around half the studies concluded that there was evidence of a link with colorectal cancer.

However, that proportion jumped to nearly two-thirds (65%) when they limited their analysis to studies in humans that only involved testing the effects of processed meats containing nitrites.

They report their methods and results in a recent Nutrients study paper.

The team suggests that their findings could explain the conflicting reports in the media about processed meats and cancer risk.

“When we looked at nitrite-containing processed meat in isolation, which is the first time this has been done in a comprehensive study, the results were much clearer,” says first study author William Crowe, Ph.D., of the School of Biological Sciences at QUB, “Almost two-thirds of studies found a link with cancer.”

The researchers believe that their meta-analysis reveals a need for the IARC classification to differentiate between processed meats that contain nitrites and those that do not. There should be separate evaluations of the health risks, they argue.

Co-author Christopher T. Elliott, a professor in the School of Biological Sciences at QUB, says that the review is timely and that “It brings much-needed rigor and clarity and points the way for further research in this area.”

In the meantime, the researchers suggest that people stick to a healthful, balanced diet in line with government recommendations.

In the U.K., the government recommends that people limit their consumption of processed meat to 70 grams per day, which is roughly the average daily consumption per person in the country.

A 2019 report from the World Cancer Research Fund and the American Institute for Cancer Research recommends that people who eat red meat limit consumption to up to 3 moderate servings per week and eat “very little, if any, processed meat.”

Evaluating each type of processed meat

Senior study author Brian D. Green, Ph.D., also of QUB’s School of Biological Sciences, says that the team hopes that future studies on the link between processed meats and colorectal cancer will treat each type of meat separately, not as one group.

He also points out a need for more research to investigate whether processed meat directly causes cancer.

“There are so many variables when it comes to people’s diets,” he continues, adding, “But based on our study, which we believe provides the most thorough review of the evidence on nitrites to date, what we can confidently say is that a strong link exists between nitrite-containing processed meat, such as frankfurters, and [colorectal cancer].”

Readers should note that by placing processed meats in Group 1, which is the same group as tobacco and asbestos, the IARC are not suggesting that processed meats carry the same level of risk as other members of the group.

To put this into context, they point out that around 34,000 deaths from colorectal cancer worldwide are likely due to high consumption of processed meat, compared with 1 million cancer deaths per year as a result of smoking tobacco products.

“Our findings clearly show that not all processed meats, for example, carry the same level of risk.”

Pausing use of J&J Covid vaccine will not affect timeline of getting U.S. vaccinated, says doctor
India’s second wave of Covid shows no signs of slowing as country reports over 200,000 new cases
WHO says Covid pandemic is growing ‘exponentially’ at more than 4.4 million new cases a week
Vaccinations in the U.S. are surging with many states nearing half of residents jabbed
Cruise line CEOs met with White House Covid team, pressed for U.S. sailings to resume, sources say