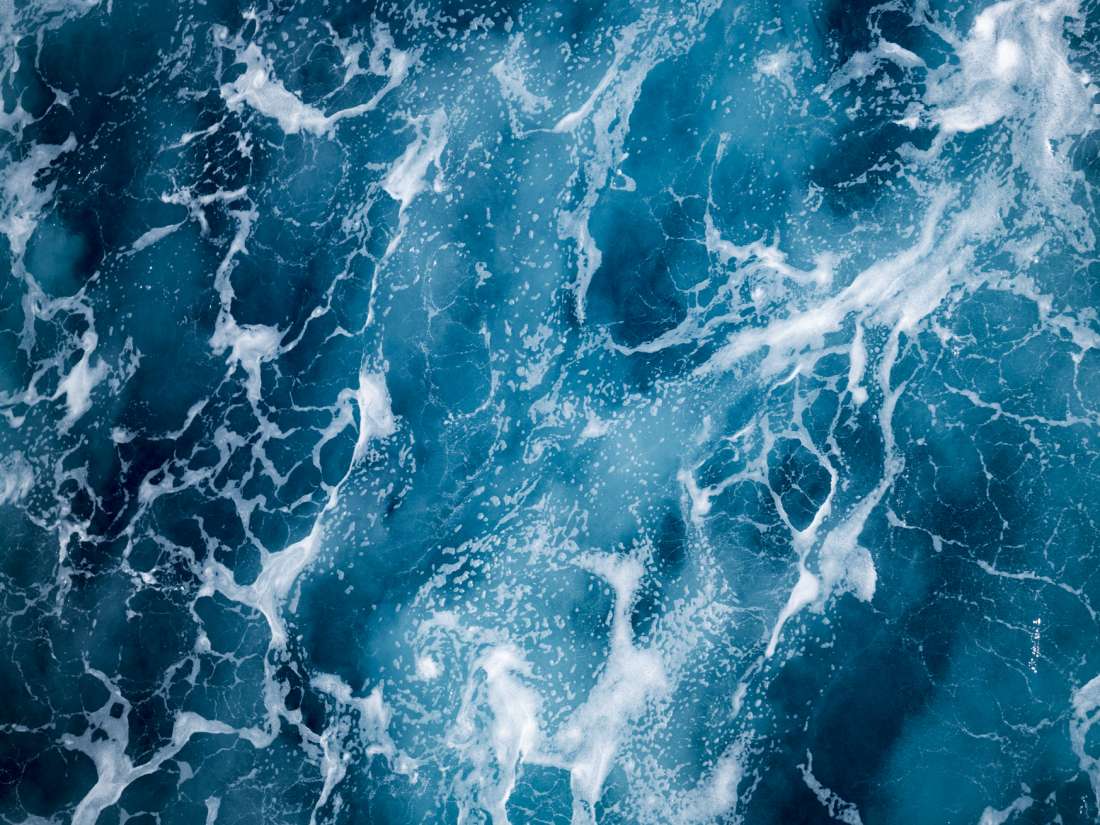 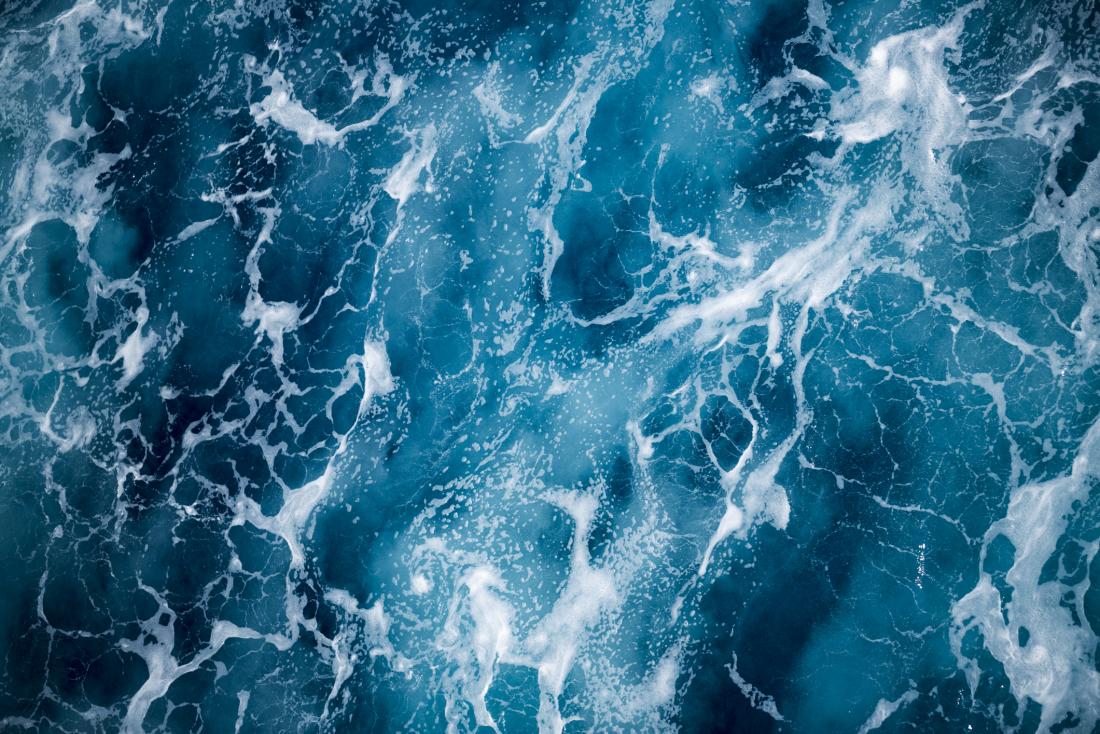 Could human health depend on the creatures of the ocean?

The oceans cover more than two-thirds of Earth. As the adage goes, we know more about the surface of the moon than we do about the bottom of the ocean.

The sea’s ability to transition from dark, explosive rage to serene, crystal-clear calm has terrified and beguiled humanity since we first visited the beach.

Given the vast, untapped nature of Earth’s oceans, it makes sense to plumb their depths in the hunt for new and innovative treatments.

Marine animals, plants, and microbes have evolved a unique portfolio of chemicals to defend themselves and aid communication. Scientists are keen to know more about these novel compounds.

Why look to the sea?

There are a number of reasons why life in the sea has developed a distinct selection of molecules. For instance, animals that are anchored to the floor and do not have armor plating, such as sponges and corals, need to find other ways to defend themselves. In many cases, chemicals are their weapon of choice.

Additionally, marine creatures tend to have relatively primitive immune systems, and some live in overcrowded habitats, such as coral reefs, where defending themselves is a full-time job.

At the same time, organisms in the ocean need to attract some organisms and repel others. They also need to coordinate reproduction by synchronizing the release of eggs and sperm into the environment. All of these things require active biological molecules.

Animals and plants that dwell in the ocean sit and swim in a bath of bacteria, fungi, and other organisms intent on turning them into a meal or a home.

This diversity of threats has forced evolution to mount increasingly complex chemical battles. Some of the resulting compounds might be useful for our own war against disease.

“Consider […] the universal cannibalism of the sea; all whose creatures prey upon each other, carrying on eternal war since the world began.”

Medical researchers’ fascination with the sea is nothing new. The first evidence of humans using medicines from the ocean comes from China in 2953 B.C.E. During the reign of the emperor Fu Hsi, there was a tax on the profits that came from fish-derived medicine.

Jumping forward a few thousand years to the 1950s, an organic chemist called Werner Bergmann isolated a number of nucleosides from a Caribbean species of sponge called Cryptotethya crypta.

These chemicals inspired the creation of a new generation of drugs, with scientists deriving two drugs called Ara-A and Ara-C from these nucleosides. Doctors use Ara-A to treat herpes infections and Ara-C to treat acute myeloid leukemia and non-Hodgkin lymphoma.

Over recent years, sourcing drugs from the ocean has experienced a resurgence of interest. Below, we provide a few recent examples.

Conus magus is a venomous sea snail whose diminutive size and decorative shell belie its deadly suite of neurotoxins.

This invertebrate’s brand of chemical weaponry is conotoxins — a highly variable family of poisons that, although the snail uses them to kill fish, are more than capable of killing a human. 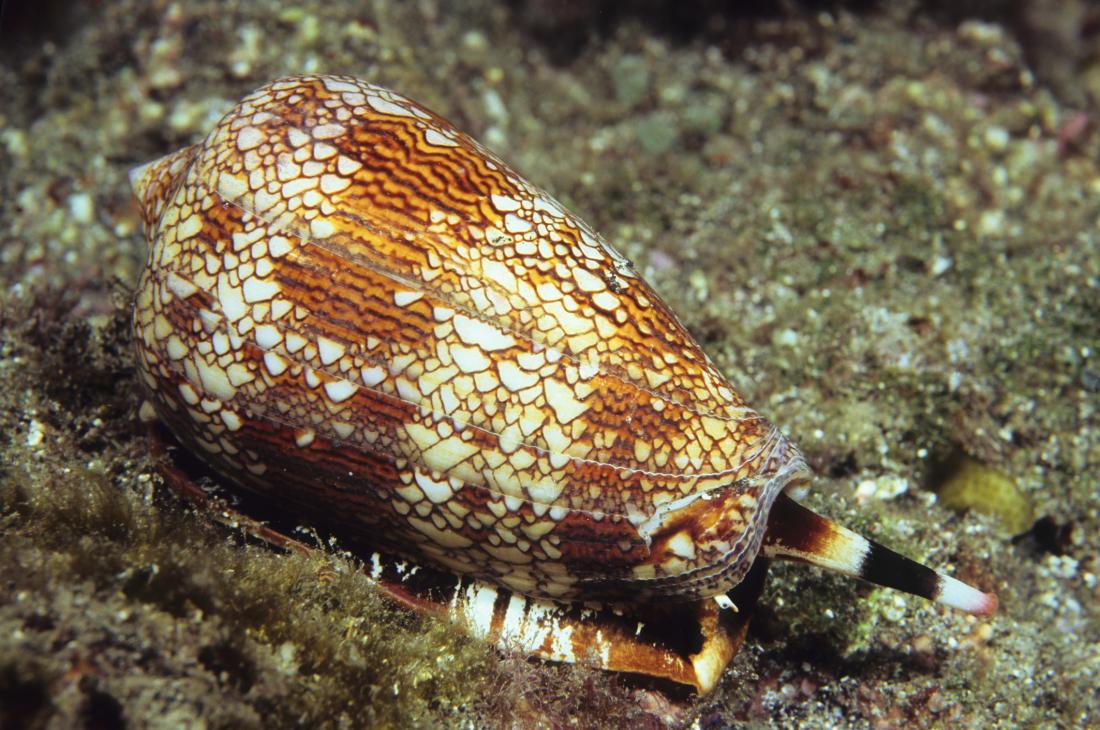 Conus textile (pictured) is just one of the many species of venomous cone snail.

There are hundreds of other species of cone snail, including the geography cone. People sometimes refer to this mollusk as the cigarette snail because, following envenomation, you only have enough time to smoke a cigarette before you die.

Ziconotide is a synthetic version of conotoxin that works as a pain reliever and is 1,000 times more potent than morphine. People may take it to treat chronic pain that results from conditions such as cancer, stage 3 HIV, and certain neurological disorders.

Importantly, as one author writes, “prolonged administration of ziconotide does not lead to the development of addiction or tolerance.”

However, because ziconotide only works if healthcare professionals deliver it directly into the spinal fluid (intrathecally), they only use it when other therapies have failed or are not viable.

Cancer treatments from beneath the waves

Despite years of research, cancer is still proving a tough nut to crack. Although treatment has improved vastly, scientists are keen to get their hands on new bioactive chemicals that might help in the fight. Some cancer researchers are dipping their toes in the ocean.

Most recently, a group of researchers investigated molecules that they had extracted from lampreys — a jawless, parasitic fish with an ancient pedigree. In particular, they were interested in so-called variable lymphocyte receptors (VLRs).

VLRs target the extracellular matrix (ECM), which is a network of molecules that runs between cells. The ECM carries out varied roles in the body. For instance, it provides structural support for tissues, helps cells and tissues bond together, and assists with cell-to-cell communication.

As VLRs target the ECM, researchers believe that they could serve as drug mules that can transport chemicals through the normally impenetrable blood-brain barrier and straight to the brain.

They theorize that if VLRs can bypass the blood-brain barrier — a roadblock to most drugs — they may be able to treat certain conditions, including brain cancer and stroke, more effectively. Their preliminary work in a mouse model produced encouraging results.

The wonder of sponges

Sponges are of particular interest to cancer drug researchers. In fact, the authors of a review on the topic even refer to them as a “drug treasure house.” They write:

“Every year, around 5,300 different natural products and new compounds have been isolated from marine sponges. […] Such compounds proved to have antibacterial, antiviral, antifungal, antimalarial, antitumor, immunosuppressive, and cardiovascular activity.”

The sponge Halichondria okadai is responsible for producing one chemical of note, which researchers have replicated and renamed as eribulin.

In a 2010 study involving women with breast cancer that had metastasized, the compound extended the lifespan of the participants. At the time, author Prof. Christopher Twelves noted that, hopefully, “[t]hese results may establish eribulin as a new, effective treatment for women with late-stage metastatic breast cancer.”

Other scientists have examined a compound called seriniquinone from Serinicoccus, a rare genus of marine bacteria. Scientists have shown that this chemical can selectively destroy melanoma cancer cells in the laboratory.

Although seriniquinone is a long way from being ready for use in humans, a study from February 2019 takes us one step closer. The scientists identified the sections of the molecule that provide its cancer-fighting powers.

Although a great deal more chemical engineering and extensive clinical trials will be necessary, the authors believe that “[o]verall, these studies suggest that it is feasible to design melanoma-specific seriniquinone derivatives with drug-like properties.”

One drug that has already run the gauntlet of clinical trials and made it into common usage is trabectedin, known by the brand name Yondelis. Manufacturers derive this drug from an extract of Ecteinascidia, commonly called the sea squirt, which is a sac-like marine invertebrate.

Researchers first identified the anticancer properties of sea squirt extract in the late 1960s and, following extensive investigation, researchers have now found a way to synthesize it and produce it in greater quantities.

Yondelis was the product of this work, and it now has the approval to treat soft-tissue sarcoma in Russia, Europe, and South Korea. Scientists are also trialing it for use against other cancers, including prostate and breast cancer.

The threat of antibiotic resistance rarely leaves the forefront of medical researchers’ minds. A growing number of pathogens are becoming impervious to modern antibiotics. This lack of susceptibility makes them much more challenging to treat and, therefore, significantly more dangerous.

According to the Centers for Disease Control and Prevention (CDC), antibiotic resistance is “one of the biggest public health challenges of our time.” 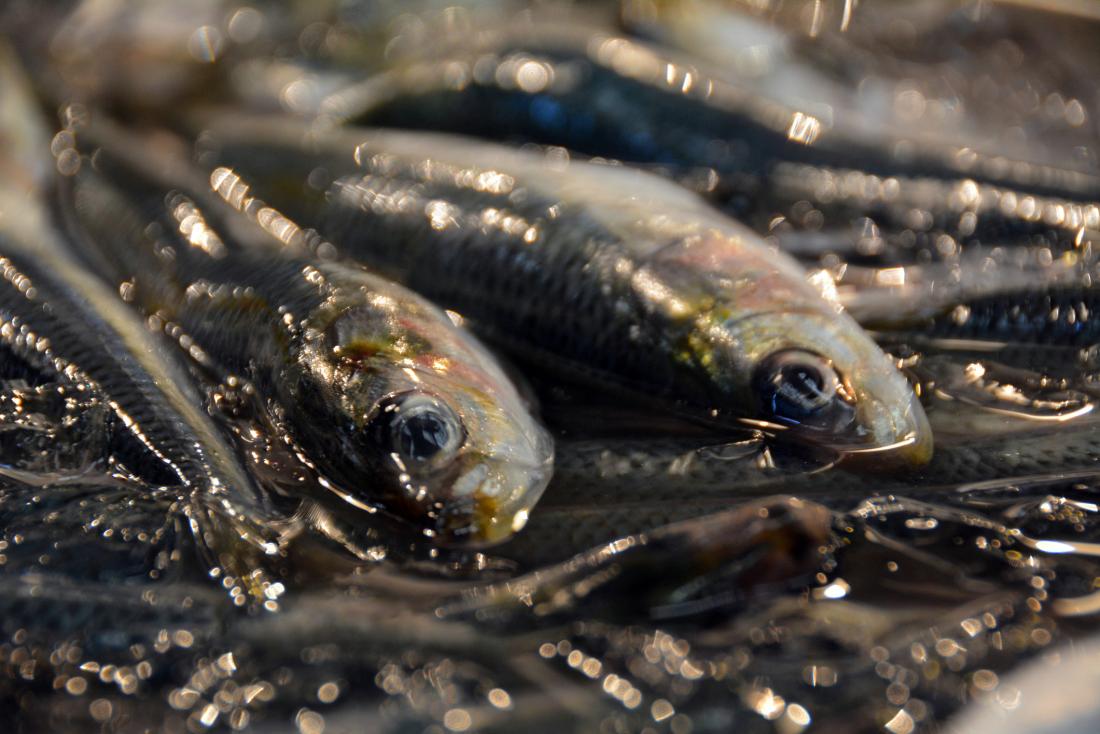 Fish slime protects fish from infection — could it help humans too?

The search is on for novel compounds that can fill the growing gaps that ineffective antibiotics have left.

Some people on this mission have turned to the sea, and one group has focused on fish slime — the gloopy coating that covers some species.

This slime works hard to destroy pathogens in the marine environment, so some scientists wonder whether it might help fight off terrestrial pathogens as well.

Next, they tested this extract against other pathogens and found that five of the bacterial strains were highly effective against methicillin-resistant Staphylococcus aureus (MRSA), while three were effective against Candida albicans.

Another study, which featured in Frontiers in Microbiology, examined Laminaria ochroleuca, a species of seaweed that happens to be a rich source of Actinobacteria.

Some of the actinobacterial extracts were effective against C. albicans and S. aureus. Interestingly, according to senior author Dr. Maria de Fátima Carvalho, “seven of the extracts inhibited growth of breast and particularly nerve cell cancers, while having no effect on noncancer cells.”

Alongside the issue of antibiotic resistance is the parallel problem of antifungal resistance: drugs that kill fungi are also losing their teeth. Some hope that marine sponges might be able to assist.

For instance, research showed that chemical extracts from the Jaspis species of sponge were effective against C. albicans in a mouse model.

Similarly, a study found that eurysterols A and B, two chemicals from a sponge of the genus Euryspongia, “exhibited antifungal activity against amphotericin B-resistant and wild-type strains of [C. albicans].” They also killed human colon carcinoma cells in the laboratory.

Scientists discover about 1,000 new compounds in the oceans each year. As one author explains, they “are often characterized by structural novelty, complexity, and diversity.”

However, there are still very few marine-derived compounds playing a role in the treatment of disease. Why are we not using more of these novel chemicals?

The gap between chemical and clinic

Firstly, as with any experimental drug, there is a great leap between a culture dish in a laboratory and a patient. In a living creature, drugs do not always respond in the way that scientists expect.

Secondly, many drugs have toxic side effects that make them unusable. Neither of these problems is a dead end as pharmacologists and chemists can tweak molecules or design similar chemicals, but this is all time-consuming.

Another considerable issue is generating sufficient quantities of marine-derived chemicals. Many of the species either cannot survive captivity or require highly specific, difficult-to-maintain environments. Again, this means that scientists need to find ways to replicate the molecules of interest, which is a long and complicated path.

Talking on these issues, the authors of a review write that “the power of organic synthesis and medicinal chemistry will have to come to bear.” These are technical, expensive hoops to jump through.

In conclusion, although there appears to be a great deal of promise in the planet’s seas, many of the potential avenues are long and winding, and there will be no quick wins.

As humans heap increasing pressure on marine ecosystems, concerns about the health of our oceans are reaching fever pitch. It may well be that potential drugs of the future are vanishing before scientists have the chance to harvest them.

Covid variant from South Africa was able to ‘break through’ Pfizer vaccine in Israeli study
WHO says Covid pandemic is growing ‘exponentially’ at more than 4.4 million new cases a week
Pausing use of J&J Covid vaccine will not affect timeline of getting U.S. vaccinated, says doctor
India’s second wave of Covid shows no signs of slowing as country reports over 200,000 new cases
Vaccinations in the U.S. are surging with many states nearing half of residents jabbed